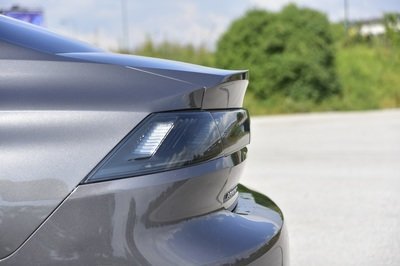 It was 2010 when the rules changed after two Peugeot models were killed off: the 607, which was almost completely based on the 605 model from 1989, and the 407, which seemed like it was roaming between segments in an attempt to get into the wallets of two social strata. It wasn’t like Peugeot roamed around wearing blindfolds, though. This was more of an attempt at creating a global trend founded on personal identity; however, Peugeot couldn’t find its ground when it came to cars whose length was more than 4,5 meters (177 inches).

Mind you, Peugeot wasn’t the only one, as similar strategies were employed by Volvo, Renault, and even Ford. And then they were back with another attempt – one car that would be interesting to those in need of a spacious family car, but also those who were in search for a business saloon or the second best thing at least. As the wheelbase for the 607 was 2.800 mm (110.23 in), and 2.725 mm (107.28 in) for the 407, Peugeot found itself in uncharted territories in 2010 given that its 508 (albeit shorter than the 607), had a wheelbase of 2.817 mm.

So, the two generations of the 508 model found its way to more than 400,000 buyers in Europe alone. Despite steadily declining sales figures, Peugeot wasn’t ready to euthanize the model. Instead, the company decided to cut the administrative costs, and adequately entice its designers and engineers. They came up with a new product and Peugeot revealed it in March 2018 at the Geneva International Auto Show as the new 508.