Bridgestone World Solar Challenge kicks off: 3000km and not a whiff of petrol

The Bridgestone World Solar Challenge kicks off today with 53 entrants competing against each other to take the coveted title.

Teams from all over the world have been in Darwin for the past week (some even longer) preparing their vehicles for scrutineering, a process that verifies each component of their solar vehicles to ensure it meets the regulations of the competition.

As we mentioned in our previous story, the Bridgestone World Solar Challenge takes place every two years in Australia and tasks teams of secondary and tertiary students with developing solar powered cars capable of travelling 3000km, with vehicles competing in one of three classes. This year’s event features 53 entrants from 23 countries, including seven from Australia.

Contestants can compete in three classes:

We had the chance to witness both static and dynamic scrutineering over the past couple of days before the teams set off on their 3000km+ journey from Darwin to Adelaide.

Static scrutineering takes place at Darwin’s convention centre with teams earning a pass mark for each part of the evaluation process. Once the faculty of scientists is happy that the vehicles are safe and have electricity isolated in the event of an incident, they are given the green light to take part in dynamic scrutineering.

An example of one of the issues encountered during static scrutineering for the University of Western Sydney team was with placement of a registration plate. The regulations require a registration plate to be visible on the vehicle, but the team hadn’t appropriately accounted for its placement.

As a result, the team had to painstakingly cut through their polished solar car to fit the plate behind a clear plastic window. Without this, they wouldn’t be permitted entry into the main competition.

Fast forward a day to dynamic scrutineering and teams were required to demonstrate stopping ability, turning ability and were also required to complete a timed lap of Hidden Valley Raceway, which dictates their starting position for the race.

Some teams use international race drivers flown in specifically for the task of completing a fast lap time, which gives you an idea of how serious the competition is. 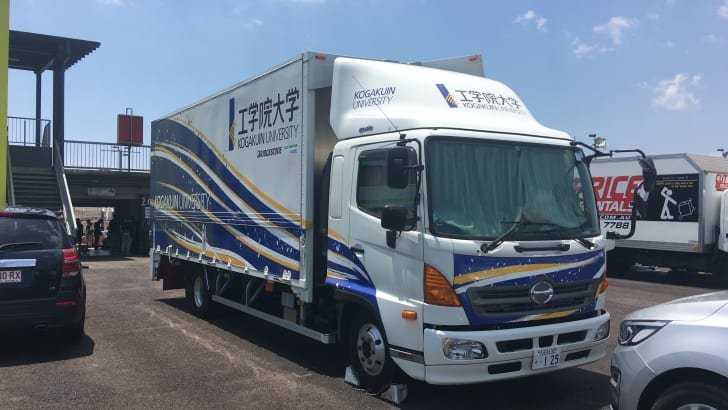 The car park at Hidden Valley Raceway contained some interesting sights, with some teams designating extra vehicles to act as weather stations and one team shipping two trucks from Japan to support the event. They travel ahead of their convoy to track whether conditions and relay that back to the teams so they can plan ahead.

An example of why weather is so important is because teams can make a conscious decision to speed up to clear the cloud and take advantage of the sun, or slow down if the cloud is going to pass before they get to it. It could be the difference between coming first or second. 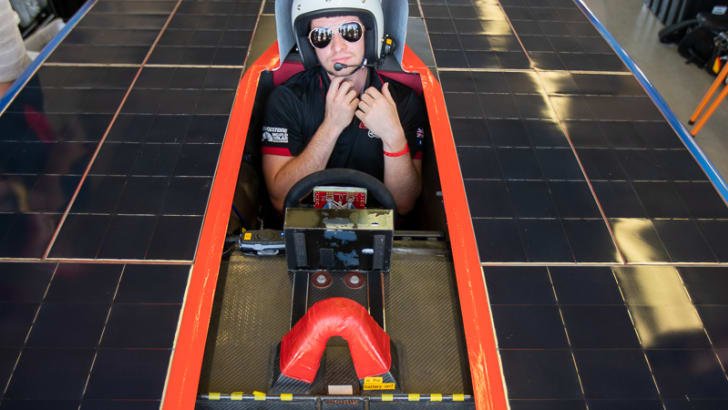 It’s an event that we all need to get behind and if you see the cavalcade in your travels, make sure you give them a wave. Teams (and more specifically drivers) are enduring long days and high temperatures to potentially come away with the title of Bridge World Solar Challenge victor.

You can follow the race live on the Bridgestone World Solar Challenge website and you can see our test of the Sunswift and Western Sydney Solar Team cars here.

Bridgestone World Solar Challenge kicks off: 3000km and not a whiff of petrol